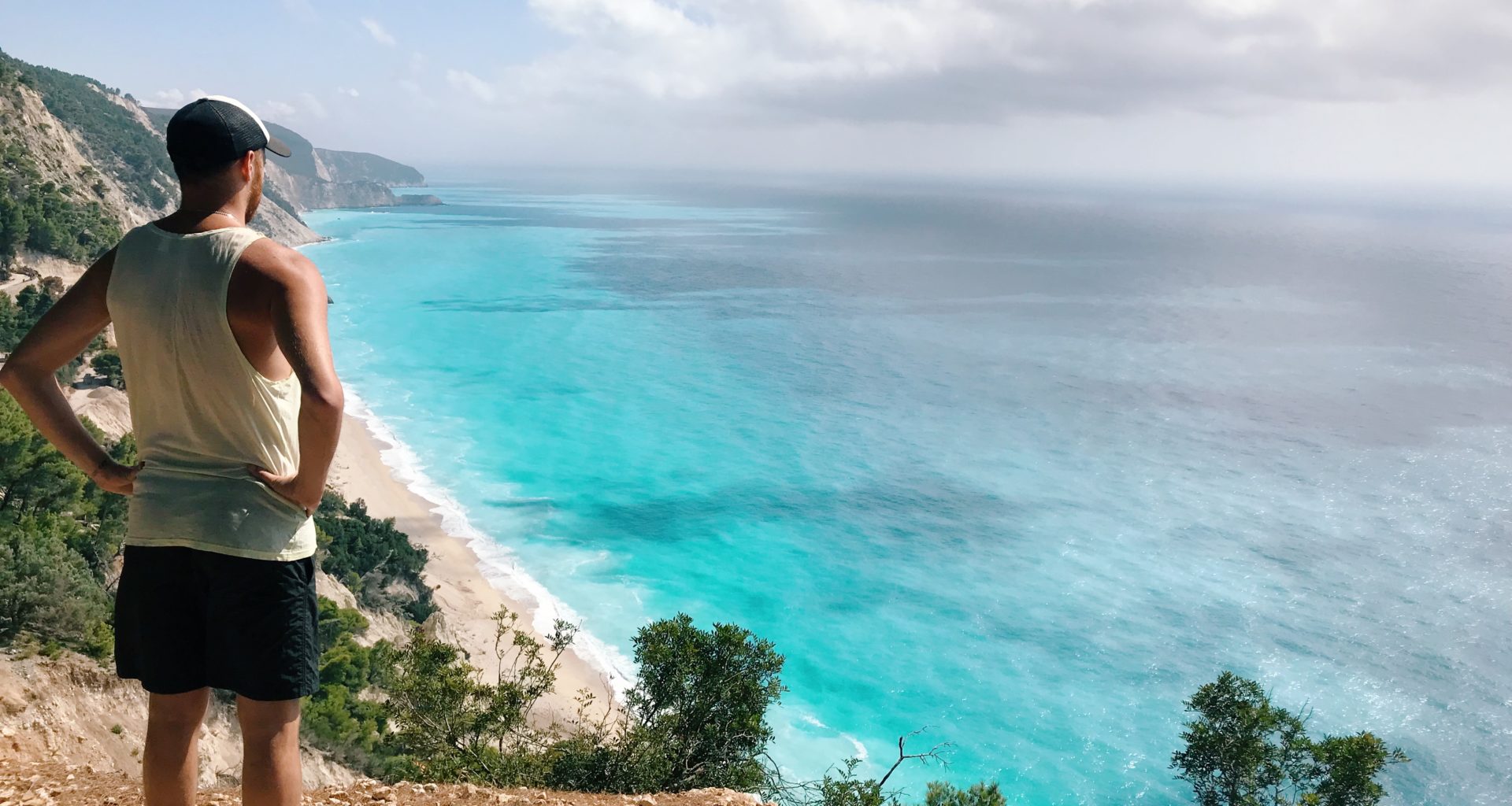 In the summer I was invited to visit Bari, Italy. After staying there for a couple of days, we decided to go by car to the nearest island in Greece, the choice fell on Lefkada. I really liked the photos on the Internet and looking at the front I want to say that live is even more beautiful. From the first days, the nature of the island fascinates: turquoise sea water, mountains, abundant vegetation and many beaches. Lefkada resort in Greece is recognized as one of the most picturesque and beautiful in the country.

How to get there

It’s no secret that the most convenient way to get to the place of rest is a direct flight by plane. However, Lefkada, unfortunately, does not have an airport and therefore, many have to travel through transit cities, among which the most popular is perhaps the Greek capital Athens.
There is also the option of flying via Preveza Airport, Aktion Preveza Airport, which is only 20 kilometers from Lefkada Island. Buses run regularly from here to Lefkada.

From Athens to Lefkada by bus

The capital of Greece and the island of Lefkada are connected to each other by regular bus service. Modern and comfortable buses leave several times a day, the total travel time takes about 6-7 hours, the cost of tickets is from 35 to 45 euros.

This is the most expensive, but also the most comfortable way to get to the island. The cost of such a trip can cost you about 500 euros.

By own or rented car

The distance from the capital to the island is 387 kilometers, the travel time is about 4-5 hours. The convenience of this method is that the rented car, if you only need it to get to Lefkada, can then be left on the island. In addition, car rental will cost an order of magnitude cheaper than a taxi or transfer. The most convenient of all possible options here would be car rental at Athens airport. You also need to take into account that the autobahns in Greece are paid, the trip will cost about 30-40 euros.

This is how we got to the island. Taking tickets for the ferry from Brindisi to Igoumenitsa, and from there another 110 km. The price of a ferry is about 100 euros per car, but without a cabin, with it the price is multiplied by 3-4 times. But it is best to take a ferry from Bari, it is a little more expensive, but more comfortable.

How to get around the island

The best way to move is your own or a rented car, you can also rent a scooter, ATV or bicycle. You can rent any of these types of transport on the island itself, in any city or at the airport. It is quite expensive to explore the surroundings of Lefkada by taxi, and public transport is rare.
Some beaches can only be reached by sea. Both organized tourist cruises and small boats of private cabs leave from the local marinas. I recommend taking a boat for a day and enjoying all the beaches and beauties of the island, all the more, as you know, the more difficult it is to get to the place, the fewer people and the more pleasure from solitude with nature.

Where to stay in Lefkada

If you have your own transport, then you can stop anywhere, the island is not big, and then come to the city for a walk. If not, then you don’t have a great choice – this is the town of Nidri and the city of Lefkada. Windsurfing fans need to go south – Vasiliki beach, and for kite surfing it will be good in the north.

The main wealth of the Greek resort of Lefkada is, of course, the numerous beaches with sandy and pebbly coasts. A large beach center for sea sports is located in the city of Vasiliki. It is considered one of the best windsurfing beaches in all of Europe. Fans of kite surfing will be fine in the north. Because of the strong wind, there are windmills without wings, not far from Gira. The stone structures of the 19th century impress with their original architectural design.
There are also architectural landmarks on the island: churches of the late Middle Ages and the New Age are remarkably preserved in local towns, the most important shrine is the monastery of the Mother of God Faneromeni.
At the entrance to the island, tourists are greeted by the ancient castle of Ayia Mavra. The fort was built in 1300 and has been protecting the island coast ever since.
But perhaps the best place in Lefkada is created by nature. We are talking about the incredibly beautiful Dimosari waterfall. The river of the same name, which begins at the source next to a small plateau, flows through a rocky gorge and falls from a height into a small lake. Convenient hiking trails are laid along the river.

Perhaps the most popular and beautiful beach in Lefkada is Porto Katsiki. The bay is a pebbly coastline with azure waters. Sheltered among the rocks, the beach is located on the southeast coast of the island, 40 km from the city of Lefkada. You can get to it by car (there is a paid parking lot near the slope). Also, a water taxi runs to the coast of Porto Katsiki, departing from the village of Nidri and the village of Vasiliki.

In 2015, near the island of Lefkada, there was an earthquake in the sea, it blocked the road already near the beach and brought down the stairs, so you can’t go down to the beach. And they get to the beach with a group of tourists on a ship that starts from the port of Vasiliki.

The beach is quite remote, you can get here by boat from the village of Vasiliki for 5 euros, by taxi for 7 euros. If you want to get there by your own transport, then remember that the roads here are quite uneven. Hikers can reach the beach in a 45-minute walk along mysterious turns and climbs. Whichever method you choose, you can be sure that you will get a lot of pleasure and unforgettable impressions.

As such, there is no nightlife on the island, there are several bars and clubs only in the cities of Nidri and Lefkada. The resort is more suitable for a family, quiet and relaxing holiday.

The best time to relax is July, August or September, these months are the sunniest and warmest.

In Lefkada, food prices are on average slightly lower than in the capital Athens or in the resorts of Crete. Therefore, this resort can be attributed to the budget.

See More
Pop-Ivan Chernogorskiy, Chornaya Gora or Chornohora – attractive by the fact that at the top is the highest…
See More
See More
Norway is considered to be a fabulous country with many legends. It attracts tourists with amazing nature, beauty…
See More
See More
“Greek wedding” is what I would call our trip to Santorini. My friend got married and they decided…
See More
x

This Site Is Protected By
Shield Security →